Yirgalem Fisseha is an Eritrean poet, journalist and writer who was detained as a political prisoner in the Mai-Sirwa prison for six years. In her report, she captures the stories of other Eritrean refugees and shows how their journeys to Europe are connected by a continuity of violence, incarceration and an ongoing fight for freedom and the right to stay.

This text has been translated from Tigrinya into English by Issayas Beyene. You can find the original version in Tigrinya here.

When I fled my country Eritrea in 2018, a good friend of mine since childhood, who studied at the University of Asmara and taught for more than 10 years, was in prison. After his release, he immediately fled Eritrea leaving behind his wife and his children. After long patience and perseverance, he reached Belgium. Then Belgium officials took his fingerprint, but he continued to the United Kingdom. After his life-threatening journey to the UK, he was detained to be sent back to Belgium.

A few weeks after he was released from prison, I called and asked him: “Again in prison!?” I thought of his plight in the Eritrean prison.

“It is absurd.”, he answered briefly. After a moment, he added: “They told me to seek asylum in the first European country I entered.”

“What about now? What’s going to happen to you?”

“My lawyer explained to the officials my sufferings in the Eritrean prison and how it affected my health. He defended that if they kept me in prison, my health will deteriorate. Thanks to my lawyer, I am being released for the time being, but I don’t know what’s next. They say ‘you are just looking for alternatives.’”

For many Eritrean refugees, the UK is the first choice to settle, primarily, for the English language. I asked him: “If they sent you back to Italy, what is going to happen to you?”

“As you know, the Eritrean government robbed everything from us. We have wasted our tender and youthful ages in servitude. At my age [late 30s], it is unbearable to spend years learning a new language and working a menial job that only requires very basic language skills. I came to UK to continue my education where I left so not to start everything over. But I did not expect to end up in prison again.”

“Can’t you explain your situation?”

“They [the officials in UK] are only concerned about your first point of entry. Let me tell you about an Eritrean companion. After entering Italy, he was forced to give fingerprint. Even so, he continued to Norway to join his family. But he was sent back to Italy. Then went to Holland, France and then Belgium. But all these countries sent him back to Italy. Finally, he came to England to end up in prison. He is waiting to be sent back to Italy. You know what he said? ‘Do they want me to kill myself?’”

“What’s at stake for you then?”

“That’s it. We are in limbo. We hope the Brexit to have a positive impact on our case.“

The "normalization" of torture and abuse

I was sitting among my fellow Eritreans. It was in late December 2020. Almost everyone has made a life-threatening journey to reach their destination, Germany. However, their journeys were in pursuit of freedom and safety, and their stories are extraordinarily mesmerizing and full of dangerous incidents, yet they consider them as ‘normal’ stories. At such gatherings of Eritreans, it is very common to hear stories of incarceration, endless national service, torture and abuse.

It’s been more than a decade in Eritrea since normal things are accepted as abnormal and vice-versa. If anyone has a passport, he/she is considered as a lucky person. Apparently, I am considered as ‘lucky’ because I left Eritrea legally. No one between the ages of 5 - 70, unless he/she has exceptional reason, is allowed to have a passport and leave the country legally. Otherwise, he/she has to make the dangerous journey. That’s why anyone who left the country legally attracts attention.

Someone who listens to ‘when I was at prison’, ‘during my military training and years of national service’ and similar stories without asking how and why, astonishingly,  when listening stories to a tune of  ‘I left Eritrea legally’, he/she can’t help but raise eyebrows and ask myriads of questions.

“But all the possible routes (referring to the Sahara and Mediterranean Sea) to come to Germany are closed. How did you manage?”, they asked me.

Because they were curious to hear about my story, I told them how I ended up in Germany. I told them that I was one of the writers and journalists who was arrested and tortured without due process for six years in the most notorious Mai Surwa military prison from 2009 to 2015. I also explained to them the hurdles and challenges I had faced in order to escape my country. I also told them that I was fortunate enough to get the support of organizations that help writers and journalists to get protection and security.

“Six years! I couldn’t endure it!” The wife felt sorry for me.

“I must admit that I, too, couldn’t have been able to endure the dangerous journey of Sahara and Mediterranean Sea you undertook during your pregnancy.” I replied.

The life-threatening incidents they survived, the dangerous journey they suffered in the Sahara desert and then ending up at the hands of armored merciless abductors who view the refugees as herds of animals. In addition to all of this, being pregnant! It is unimaginable.

“You could also be kidnapped again and, worst of all, raped!”, I was thinking out loud.

“I can’t even imagine. I would have died of distress.” Although I have endured six years of torture and suffering in my country, I thought mine was more endurable than her sufferings.

I was kidnapped in broad daylight by ‘my government’ and put in prison while leading a peaceful life, but her atrocities were inflicted by world known notorious smugglers and kidnappers in the Libyan deserts.

“We left many of companions behind who died and were not buried in the Sahara desert. We were lucky enough to get here. And we are very grateful.” She sighed.

We both agreed on being grateful. After all these journeys, we both are able to enjoy freedom and protection. But we both have friends and acquaintances who are still languishing in prisons and in limbo in refugee camps, and most ghastly who lost their lives. These are the people we usually compare ourselves to. However, most of the time we tend to compare ourselves against someone who is not better off than us. And this worries me much as it becomes a culture. 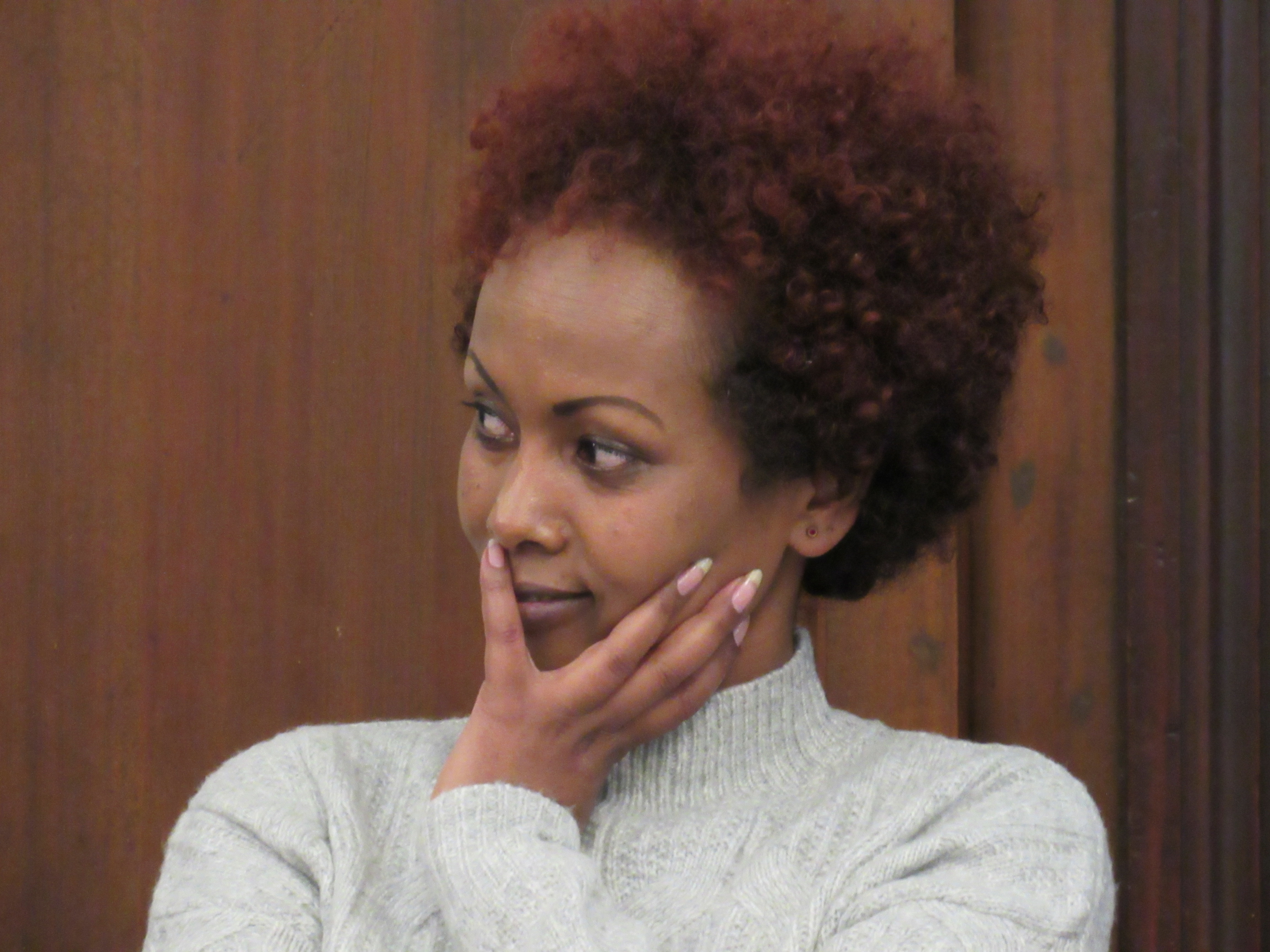 Yirgalem Fisseha is an Eritrean poet, journalist and writer. Until her release in January 2015, she had to endure six years under worst conditions in the Mai Swra prison, where she was arbitrarily detained without prosecution or trial. Since then, she is threatened with another arrest and she is on the run. Since December 2018 she is a scholar of the Writers-in-Exile Program of the PEN-Center in Germany.

“When you first set your foot at the shores of Italy, what did you feel? “, I asked her.

“We feared they might force us to give our fingerprints.”

“After all those horrific and nightmarish experiences I expected you to say you were relieved and relaxed”, I said to her out of curiosity and expecting a different answer.

I have discussed this issue with a number of refugees who have made similar journeys. I know a young man in his early 20s who spent few months in 2019 at Calais, France, to continue his journey to the UK. At first, I thought it would take him a few days. But over time I got worried and asked him his whereabouts.

“Still you are in Calais?

“Yes. Today was terrible. There was heavy rain and all our clothes and belongings are soaked.” He replied.

“How long are you going to stay there?”

“It’s not known. Already it’s been months.” He replied.

“Is the journey safe?”, I asked him worriedly.

“There is no safe journey. It could be worse than that of the Sahara. We left everything to chance.”

“I heard that you were in Germany. Why don’t you want to settle here?”

“Yea, but they rejected me because my fingerprint was taken in Italy. And I don’t want to go back to Italy as the chances of getting job and education is very narrow.”

The couple’s story is more or less similar to that of the young man. The couple, complimenting each other, summed up theirs and most of their companions reasons for choosing a country for settlement as follows:

“Before we even set out our journey, we made our choices in which country to seek asylum, mainly on the information we got from relatives and acquaintances who had made it safely to Europe. However, because we are escaping from indefinite national services, arrests and torture of the most oppressive regime, there are countries that assume the basic freedom to live is sufficient for us. But, in addition to the basic freedom to live, we also want to pursue and resume education, do decent work, and unite with our families. Hence, we made our choices accordingly. We do not want to waste years in limbo in refugee camps. We have great responsibility to support our families. Therefore, those countries that we think they do not provide the opportunities we have listed above are not our priorities.”

Without giving fingerprint in Italy, they reached to Germany. Their first child, who was in his mother’s womb all the way from Sudan to Libya then to Italy, was born in Germany, a country allegedly criticized by many Eritreans for its family reunion procedures.

Although the couple did not struggle through family reunification procedures and unsteadily wait for years to be reunited with their families compared to their companions, they nonetheless face different challenges. They said: “We have been asked to bring a confirmation letter from the Eritrean Embassy.”
I cannot understand why someone who fled an oppressive regime is ordered to bring a letter from the oppressive regime’s representative.

The most shocking thing is that after years of indefinite national service, unimaginable dangerous journeys, and reaching and starting to settle and rebuild from scratch their lives in European countries, yet Eritreans are made to be exploited by the oppressive regime in Asmara. The regime, through its embassies, has issued a regret signing policy. This directive is requiring any Eritrean requesting service from the embassy to sign a ‘regret letter’ and pay 2% of his/her income for all the years he/she has lived outside of the country. And this happens in broad day light in countries like Germany, where human rights are supposed to be respected.

Hence, when countries request Eritreans to bring supporting letter from their embassies, they should recognize that they are collaborating with the Eritrean government to perpetually exploit its own citizens. As it would give them a great relief, therefore, I would like to emphasize that, in addition to their commitment to provide Eritreans a sanctuary, European countries must also take full account of any loopholes that allow the Eritrean government to take advantage of these refugees.

Report
Yirgalem Fisseha is an Eritrean poet, journalist and writer who was detained as a political prisoner in the Mai-Sirwa prison for six years. On the occasion of International Women’s Day, she writes about brave women who fought for independence and were imprisoned by an authoritarian regime, and tells the evocative story of two mothers that she met in Mai-Sirwa.
Von Yirgalem Fisseha 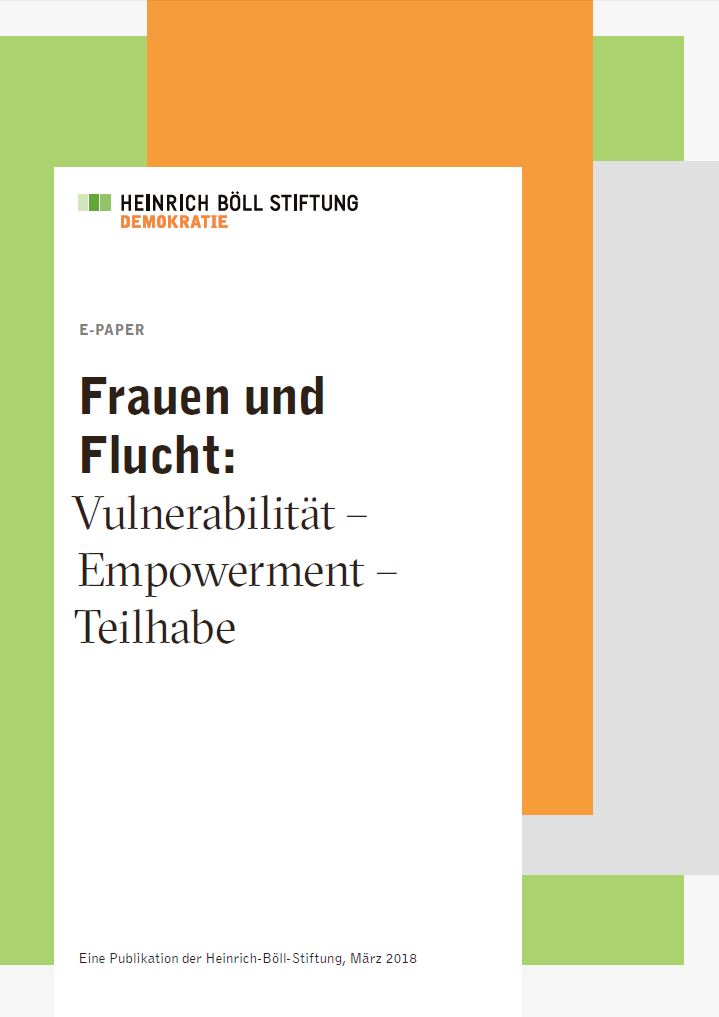